We’ve pushed yet another patch and this one is all about the new “level up” vernacular we’ve used to replace “ascensions” which as I covered in the previous post, is confusing and weird and dumb and stupid and dead now. If you didn’t read last week’s post, we briefly stumbled through an explanation trying to define the problem while providing a solution, which potentially only confused people further, so I won’t repeat that same mistake. I will however, try to summarize with a bullet list and a screenshot:

Here’s a screenshot of the new level panel: 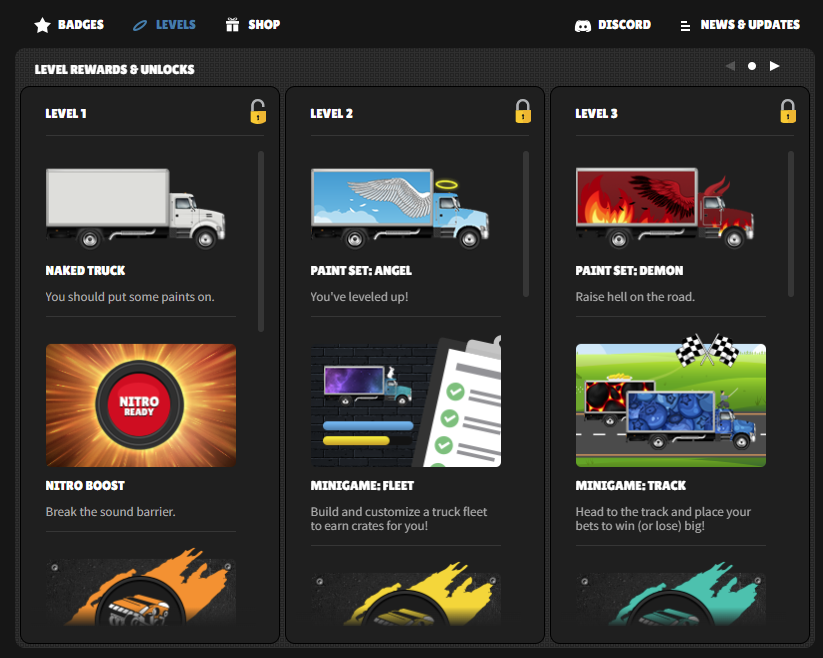 Hopefully the visual clears up any confusion, but essentially when you start the game you’ve unlocked Level 1, just like all video games since the beginning of time. You start the game with a naked truck, nitro boost, loot tiers up to legendary, 3 starting buffs, a handful of crates, and some basic crafting recipes. This sets the stage for where you are, what you can do, and what comes next. In short, it provides context.

As you can see by the icons, you’ve unlocked level 1, and level 2 (and beyond) is locked. Once you finish level 1, you’ll unlock level 2, and all the rewards that come with it. Simple.

In addition to everything we’ve already done in this week’s patch, we’re almost finished reworking the website and building out the official STL trailer. We’ll keep you posted on both.