Let’s just dive in today without the usual long-winded introduction or run-on sentence usually ending with some kind of hilarious punchline you totally didn’t see coming right before I finally get to the point and post a pretty picture: 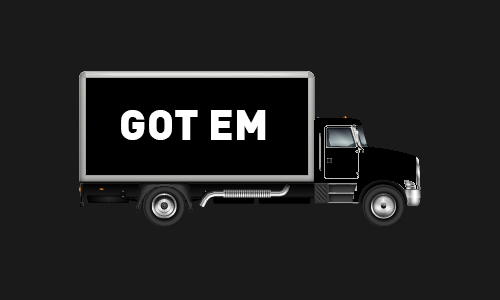 No, today is going to be brief because we have shit to discuss, you and I. We and them. Us and they? I don’t know. The point is you’ve been asking about a release date for Mega Patch and we’ve been Soon™-ing the shit out of it. As you know, there’s a reason for that, but we’ve finally settled on “around Christmas.” Not on Christmas, or after Christmas. Like, right before it. That’s the plan — if anything changes we’ll let you know. We’ll get more specific as we approach the holidays.

We know for a lot of people, 2020 has been a nightmare-fueled thrill ride of suck so we’re going to make it suck less with a totally free video game we made for yall. Speaking of yall, this will patch will be for a lot more of you since this patch will begin the official Open Beta. If you haven’t already told your friends to sign up on the site (www.supertrucklife.com) then please do so we can add them to the Open Beta!

Right, so you’re probably wondering what the hell STL Play means. When we built version 1 (currently live version 232c), the STL Play page was only going to be a single page of a multi-part site. As the Play page evolved we decided that taking you away from game progress or insisting you open another tab to participate in something outside of the Blog was counter productive and kind of annoying.

We also noticed a second issue with the live layout; the chat. The panel on the right is currently being used for chat, feedback, and leaderboards. It’s also very limited in size. Any time you want to check the leaderboards you’re taken out of the chat. That didn’t sit right with us. The whole point of a community is that they’re always visible.

We kept finding problems with the current layout. Chat was dumb and small. The nav didn’t make sense. The wrapper (header/footer) was intrusive. Expansion was a nightmare. I’m too handsome. You get it.

Here’s a wireframe of the current site: 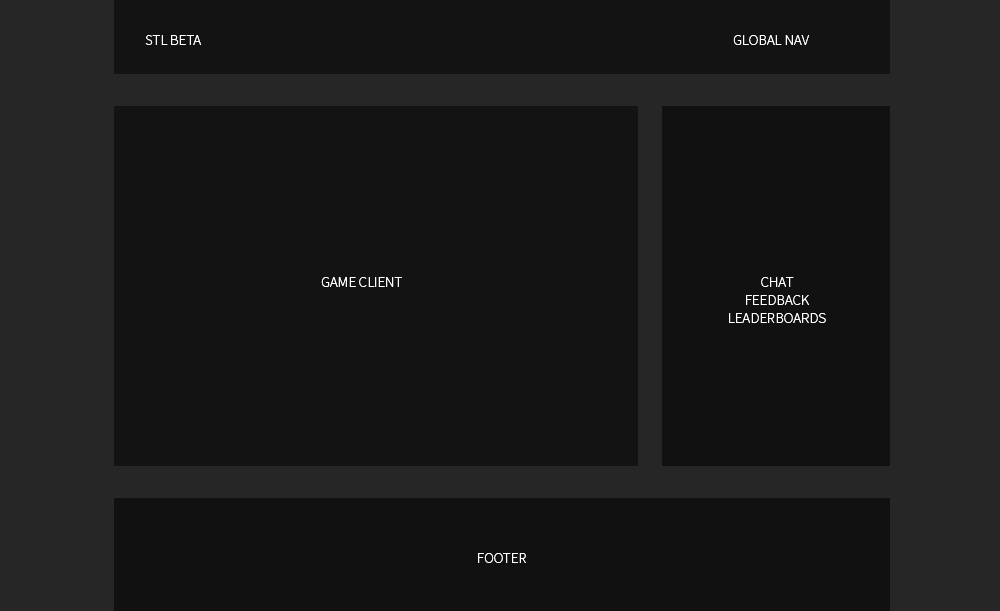 “What even is this shit?” -Dan & Mike, a month after looking at their work. That’s when we sat down and rebuilt this entire thing. Every single area changed. Every element was moved and redesigned and rebuilt. Then we built the social network. Then the Track. Then finalized ascensions and the Endless Road. Speaking of endless roads, this was a ton of work, but we thought you’d like to see what you’re waiting so patiently for. Here’s the wireframe version of the rework: 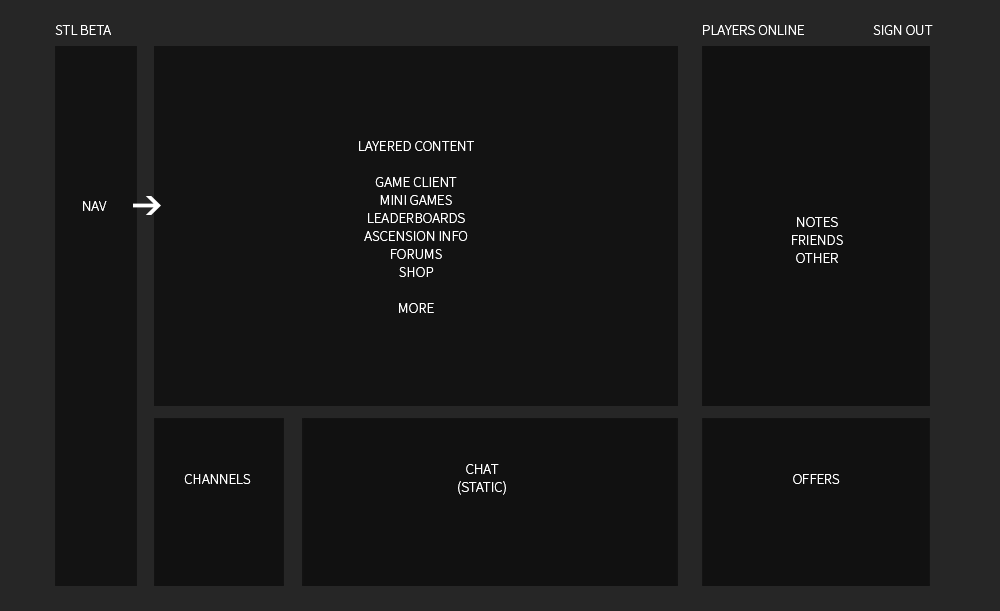 Nice, right? When I said everything changed, I wasn’t kidding (for once).

While everything has been designed and built, we still have a few features to flesh out, heavy testing to do, and then it’s all yours. So get ready for the Super Truck Life Open Beta! And Christmas, if you’re into that kinda thing.