Today we get to share two more things we’ve designed, built, and thrown into testing. Let’s start with just some really minor stuff that’s totally not a big deal: 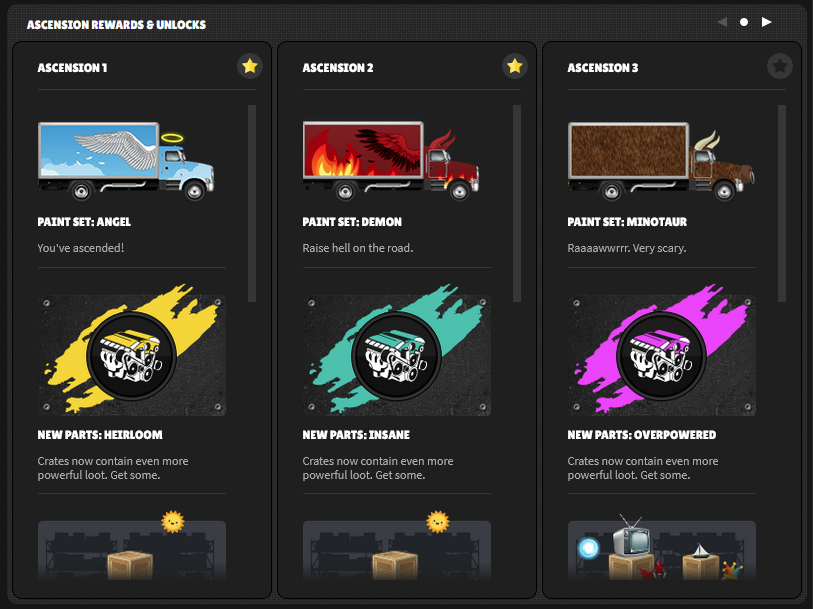 Notice anything different? No? How ’bout now: 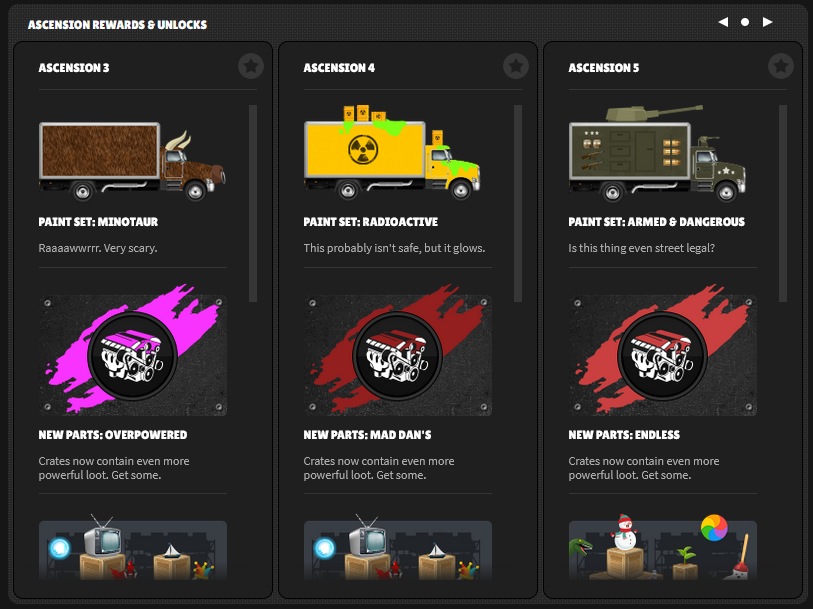 Not only have we added 3 new ascensions, each one comes with a new paint set, unlocked loot tier, crate pack, increased buff timers, and tasty new recipes so get ready to get crafting. If that doesn’t get you excited first of all how dare you and second of all let me ask our existing players a question: Do you scrap your parts for scrap to spend scrap at the track or craft or do you smash parts for pieces and regret that because now you can’t afford to bet or craft without enough scrap?

Yeah, I blacked out twice just writing that. The short version is by choosing to sacrifice scrap or pieces when scrapping or smashing, respectively, you were sacrificing one thing for another. It didn’t feel like a fun choice, and with the RNG on pieces it felt even worse. It was also difficult to remember crafting recipe requirements resulting in a constant jump between crafting and storage. We went ahead and fixed that: 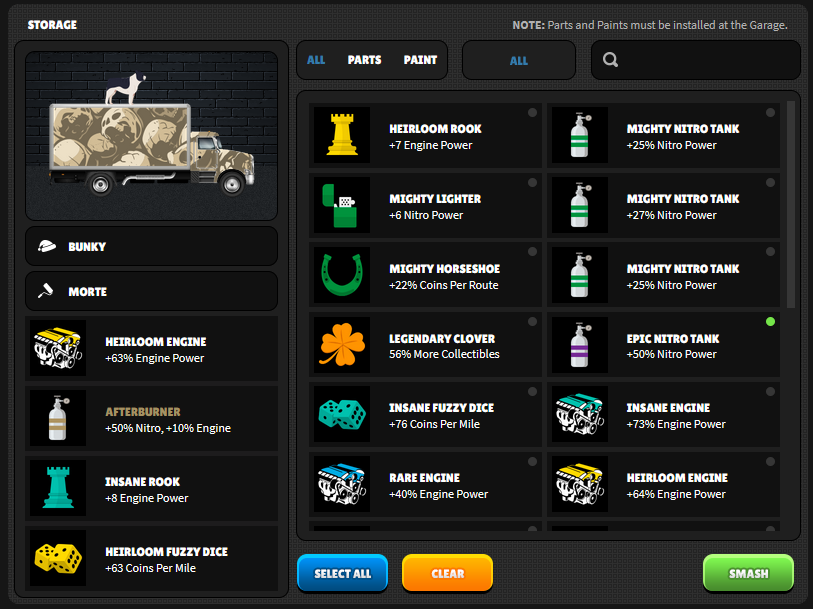 Smashing a part or paint results in both scrap and pieces. This functionality is also in testing, and it feels good. You also might notice the left panel now includes the name of your topper and paint you currently have equipped. Did that too, nbd.

At the risk of recycling content from the last post, I’d like to briefly summarize what is currently in testing (which essentially means it’s fully functional, with a few bugs we’re ironing out):

While I could explore a lot of these in more detail, we’ll get to that in the coming weeks. Instead, here’s a sneak preview of the new buffs to hold you over. Get it? Because it’s food? I’ll see myself out:

That’s all I’ve got to share for now, but we’re getting close to getting some of these bad bois live. Stick around.

It Was a Food Pun,