Today we’re getting buff. I mean, we’re going to talk about buffs. Reading a blog post while sitting or lying down is the opposite of getting buff. That being said, we’ll be exploring their new effects, how to unlock them, and what they are. Let’s dive right in: 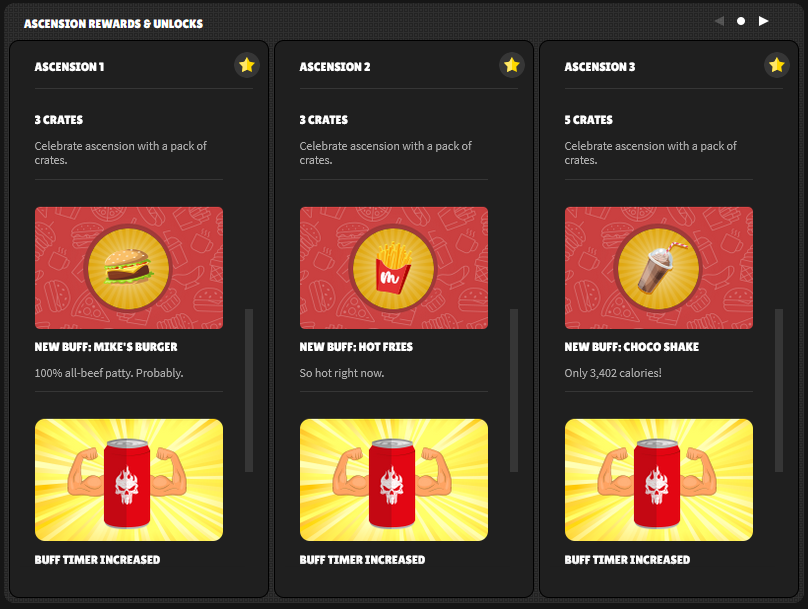 A new panel has been added to each ascension: buffs. While you still start the game with the three (taco, nitro sweat, sausage) you’ll unlock a new buff each ascension. Once unlocked, the buffs will become available in the diner: 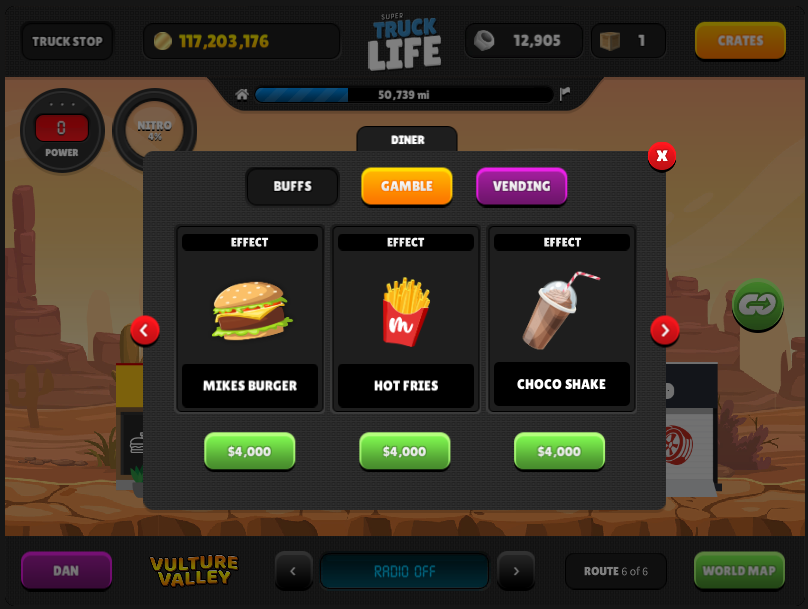 Notice the red arrows indicating the diner now has three “pages” to dig through to find those delicious buffs. I haven’t hit ascension 4 yet, so if I try to check out the last set of buffs, I get this: 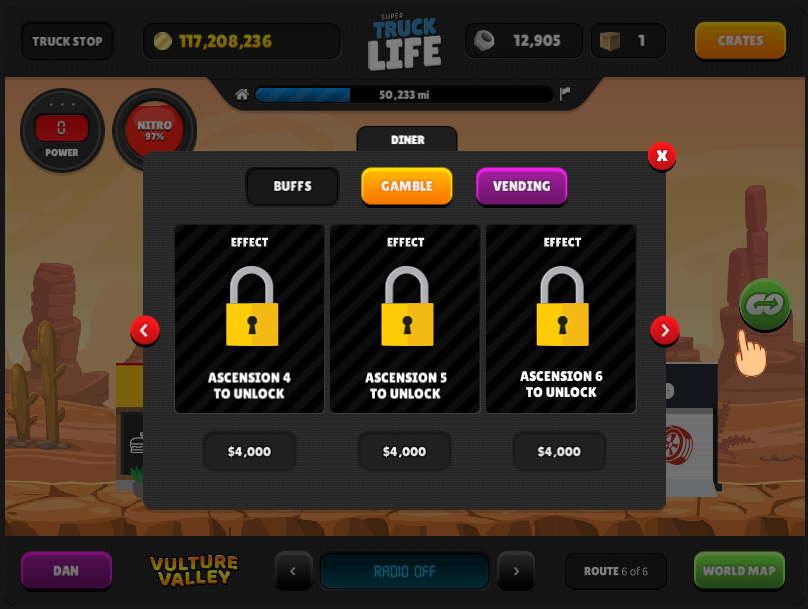 You bastards. Guess I’ll just have to ascend to find out what those are going to do just kidding here’s the full list with the new labels as well:

That’s the whole buffet, baby. We’ve temporarily removed the events (and their buffs) from the game as well until they’re a lot more fun and engaging (like mini-games, for example).

Next week, we’ll be digging into the Ascension Skill Trees; permanent upgrades in a skill tree you can purchase every ascension including improvements to offline progress. So exciting. So vague. So worth the wait for me to reveal more details (?) Ok fine damnit, you win: 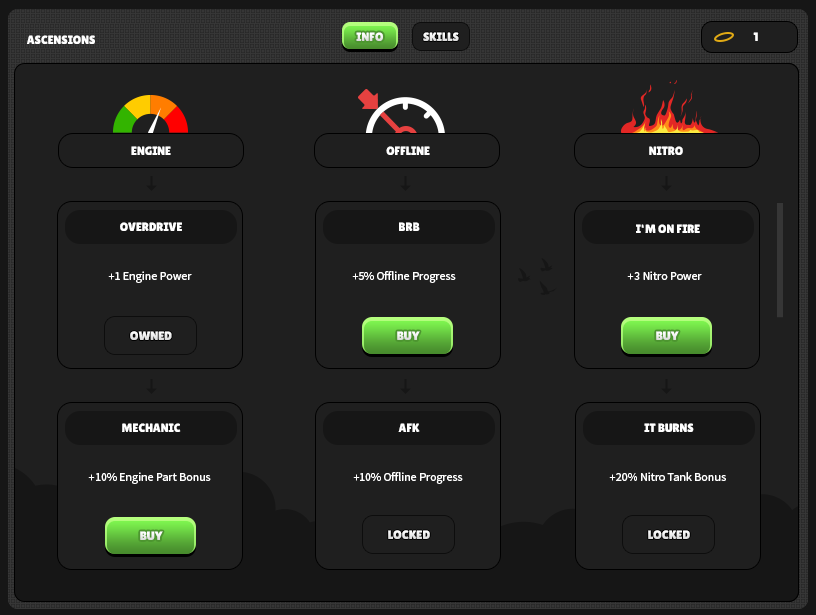