We’ve got a lot to cover today, so get ready for a non-stop action-packed reading adventure. Seriously though you’re about to read a lot of words so if you don’t have time for that shit a TL;DR has been provided below. Note: All screenshots are conceptual and subject to change.

As I’m sure you’ve noticed we haven’t dropped a chunky patch in about two weeks. There’s a reason for that. Technically there are multiple reasons for that, which I’ll get into in a moment. First, we want to tell you exactly why we’ve pivoted away from the weekly sprint.

While beta has been insanely insightful and each patch drastically improved the game, we haven’t made time to focus on bigger, better features. It’s kind of like when you’re starving so you chuck a ham and cheese hot pocket in the microwave and stare at it through the window while it rotates for 2 minutes and you’re so impatient that the second it’s ready you bite into what can only be described as molten f#@&ing lava. The point I’m trying to make is that sometimes you need to pull your head out of production, take a breath, and reassess what the hell you’re doing like why are you eating ham and cheese everyone knows the only hot pocket flavor worth ingesting is none of them.

Now, that doesn’t mean we haven’t been absolutely working our balls off for the last two weeks. Specifically, we’ve been focused on a few things:

Social
We’ve watched players interact for a month now. Leaderboards were a big hit, although our focus is not PVP a little friendly competition never hurt anyone. Chat has been relatively active and we’ve had multiple requests for trading in the game. This is, coincidentally, 100% in alignment with our vision and that’s why we’re going to do you one better:

The goal is to build an ecosystem within the play page itself that allows players to interact with each other on a more exciting, personal, and helpful level. Pick up an extra legendary rook? Why not make a friend’s day? Need a better engine and know a friend that needs a better nitro tank? Why not swap? Why am I explaining how trading works? 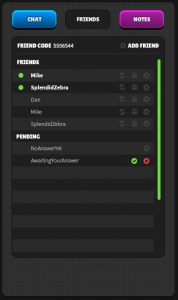 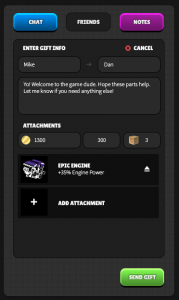 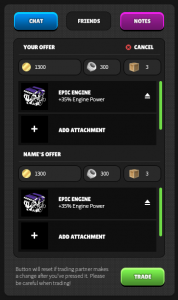 Also, never miss out on what happened while you were gone, or an incoming trade request. We’re adding notifications to provide all the info you need, and actionable requests that require your attention. Or you can ignore them. We’re not your dad. 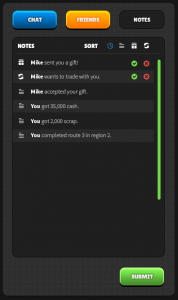 Lastly, for now, we’re expanding on Leaderboards and making them a long-term thing. The exact specifics aren’t quite there yet, but this should give you some idea:

MiniGames, Activities
In addition to building massive social systems, we know that when you’re out there on the road driving around in your piece of crap, you need more to do. More events are on the way, but we’ve been going hard on some bigger beasts. Like, I don’t know, maybe a race track where you can bet with (or against) your friends on AI drivers and win an absolute shitload of scrap in the process. Just kidding, I was just throwing a random idea out there. 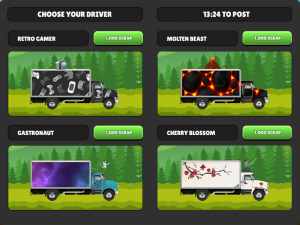 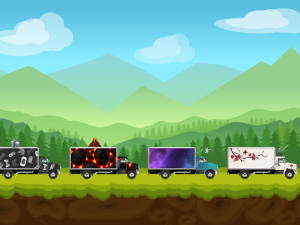 Play Page
You’re also going to notice a few changes to the play page to accommodate all of these super dope features, but we’ll let that be a surprise.

Timeline
Timelines can be tricky. Something, something scope creep something priorities. Look, we don’t know when this coming, but soon-ish is the best we can do. We’d say “when it’s done” but we don’t have the clout to get away with shit like that. Yet.

We will, of course, always communicate regularly and let you know what to expect while we work as fast as we can.

As always, thanks for everything ya’ll have done for us and STL.