We did it. After weeks of work we really did do it. Here’s some proof: 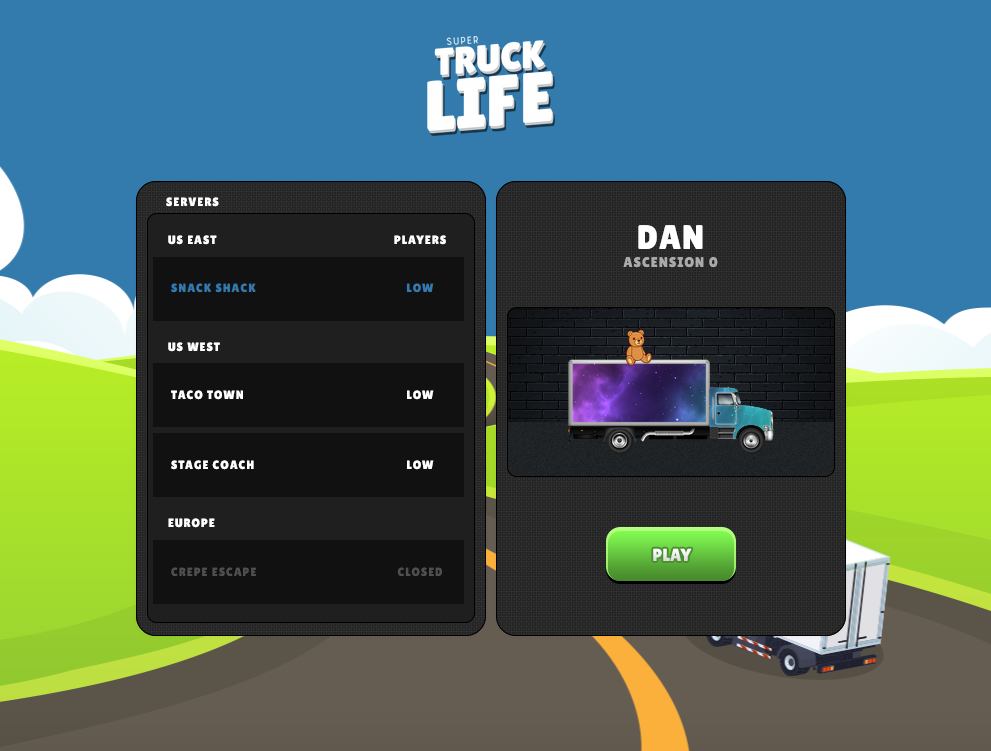 That’s not a mockup.  That’s a screenshot from the new server selection screen in action. Ta-da. I immediately regret saying “ta-da” so let me distract you with more proof: 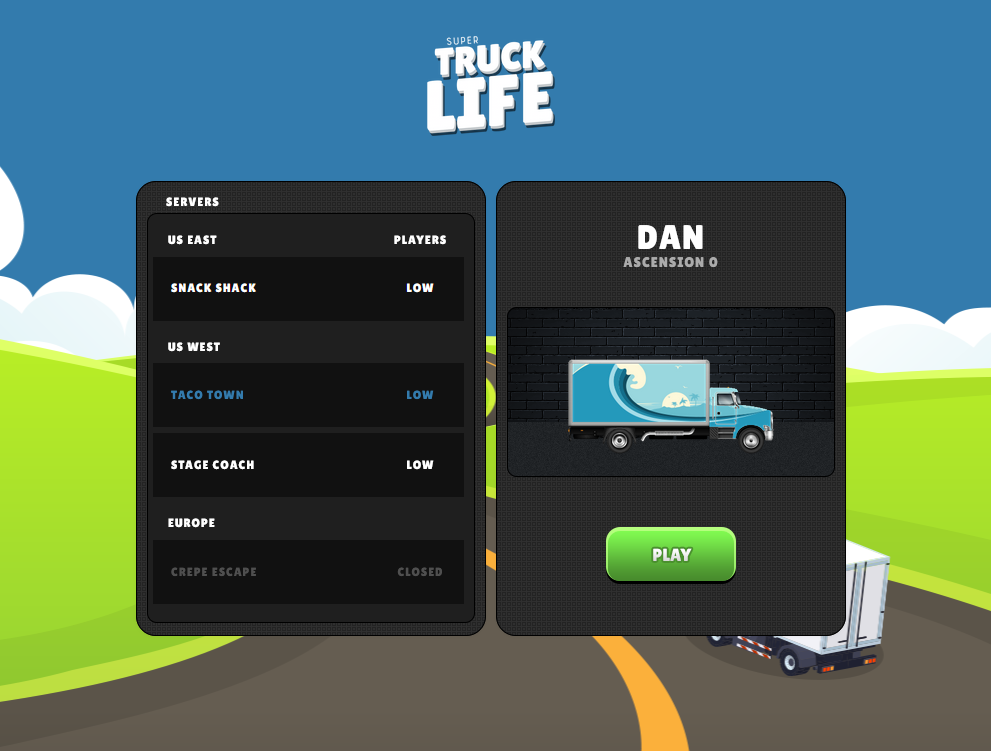 The new truck is loaded into the preview panel and your ascension level is provided. Each server contains one “character” slot, or in this case a truck. You can jump between multiple servers to play multiple trucks. In order to facilitate rapid-fire server/truck juggling we’ve added a simple nav element in the upper right corner of the play page:

By clicking on “Taco Town” you’ll be returned to the server selection screen again so you can switch servers at any time. Hopefully this will encourage players to “level” multiple “characters.” We’ll be adding more functionality and servers down the line but we thought this was a solid start (also servers aren’t free so…) Speaking of money and unintentional segues here’s one for you; MTX.

Some of you might be wondering what that means for (MTX) quality of life based purchases like Auto-Nitro or Double Buff time. After some internal discussions that probably weren’t necessary because we were immediately on the same page, we’ve decided that any quality of life purchases will be active account-wide. Basically, that means when you purchase something like Auto-Nitro, you’ll never have to purchase it again. It’ll be applied to every single truck on every single server until the end of time.

Crates, on the other hand, are only applied to the inventory of the truck currently active at the time of purchase. In other words, daily crates can be claimed once per server/truck every 24 hours and any crate pack purchases only apply to the active server/truck inventory.

And if you’re wondering when all of this glorious server stuff is going to be live? Should be next week, but we’re currently testing and doing our best to break things.