We know a handful of you have experienced a desync in one way or another. This includes negative values in cash and/or scrap. The short version: what you’re seeing in your wallet and what actually exists in the database are two different things. Occasionally, you might see a positive value but then something will trigger a negative again. The longer this issue exists, the more out of sync things get, until what we know you have is nowhere close to what you think you have in your wallet. One of the major culprits was based on a post-ascension bug, which is now resolved. We also manually updated the player accounts currently affected; it won’t be exactly what you had but we’ve added some bonus funds as an apology for the inconvenience. We also fixed some login issues players were experiencing. While we’ve tested these fixes internally as much as possible, we’ll need your help to find any edge cases that need attention!

With that (hopefully) resolved, let’s get back to Crafting. Only this time, instead of those weak-ass Photoshop screens, how about we take a look at the actual staging server: 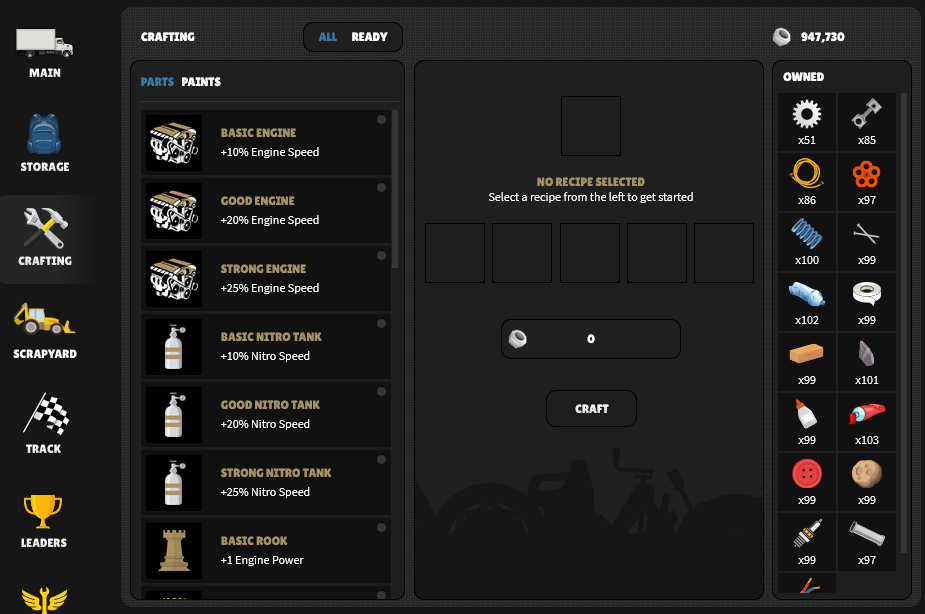 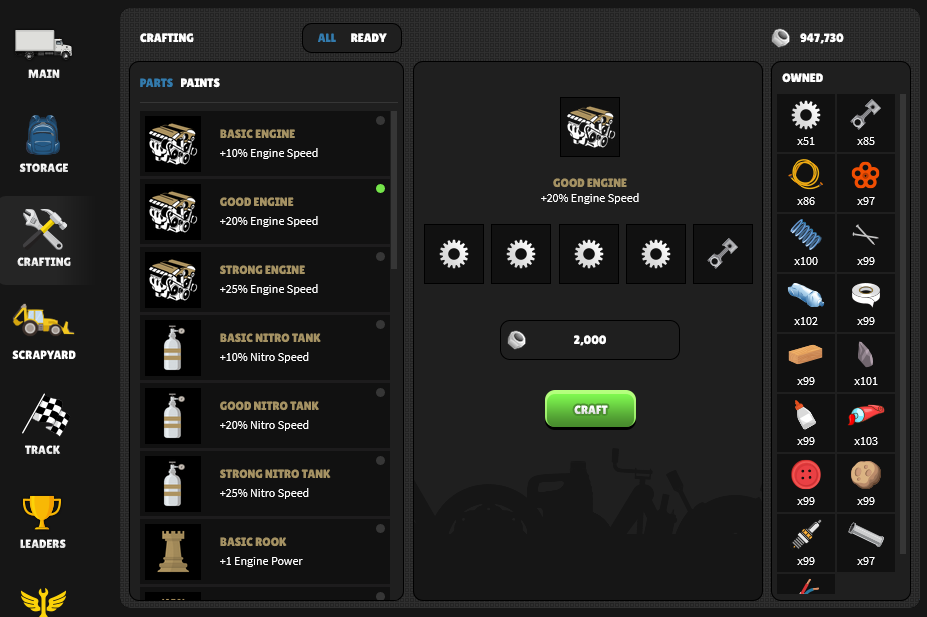 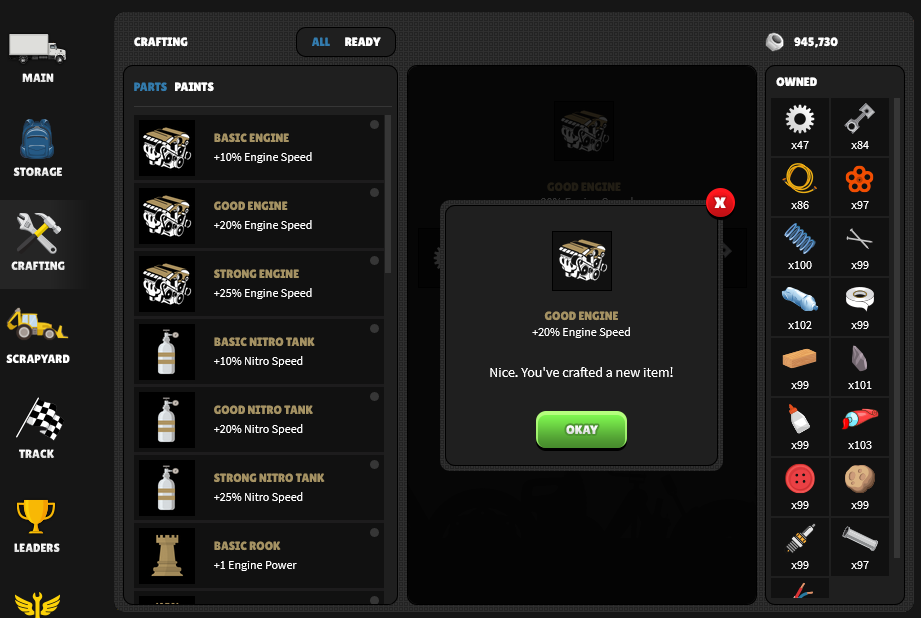 That’s the entire crafting process, in three simple screens. But how do you get all those sexy pieces, you ask? I’ll show you: 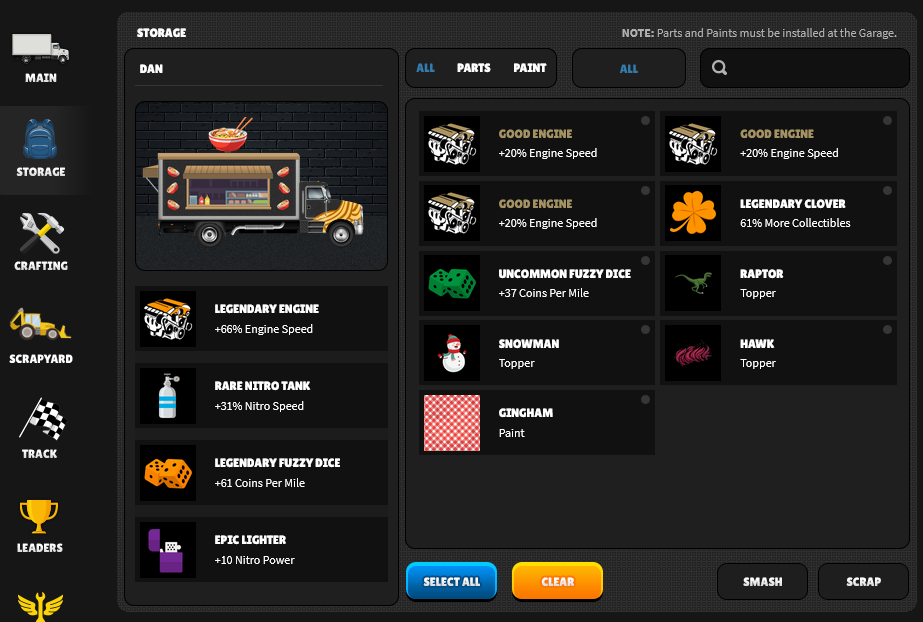 By Smashing shit, of course! You’re all familiar with Storage, but now you have two options; Smash or Scrap. Let’s select the new parts we just made: 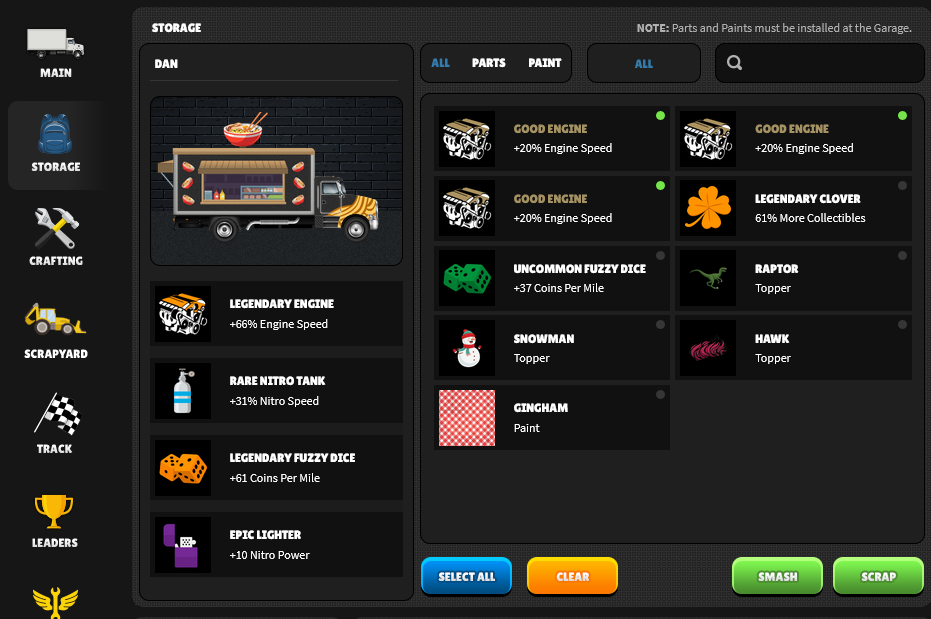 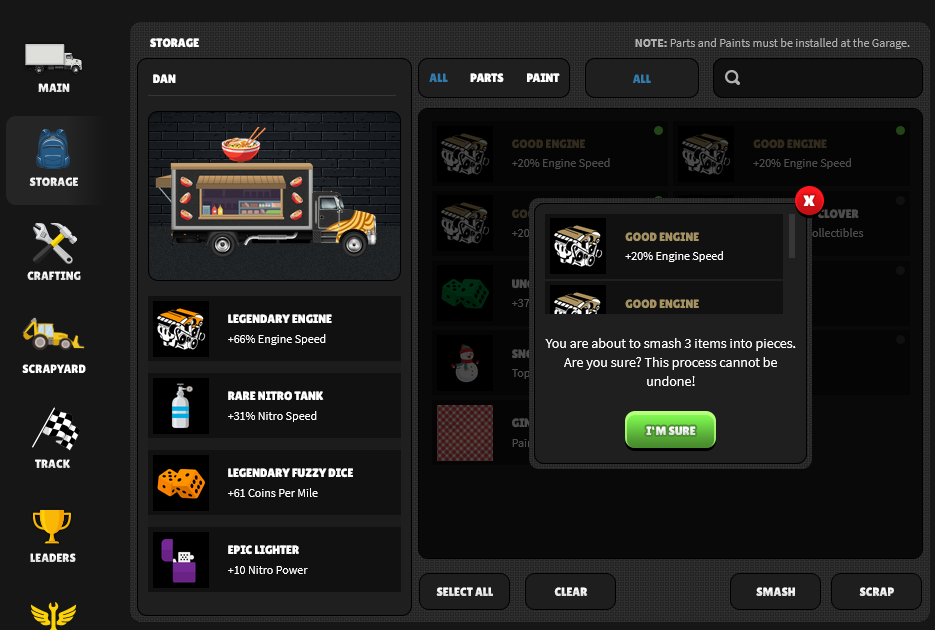 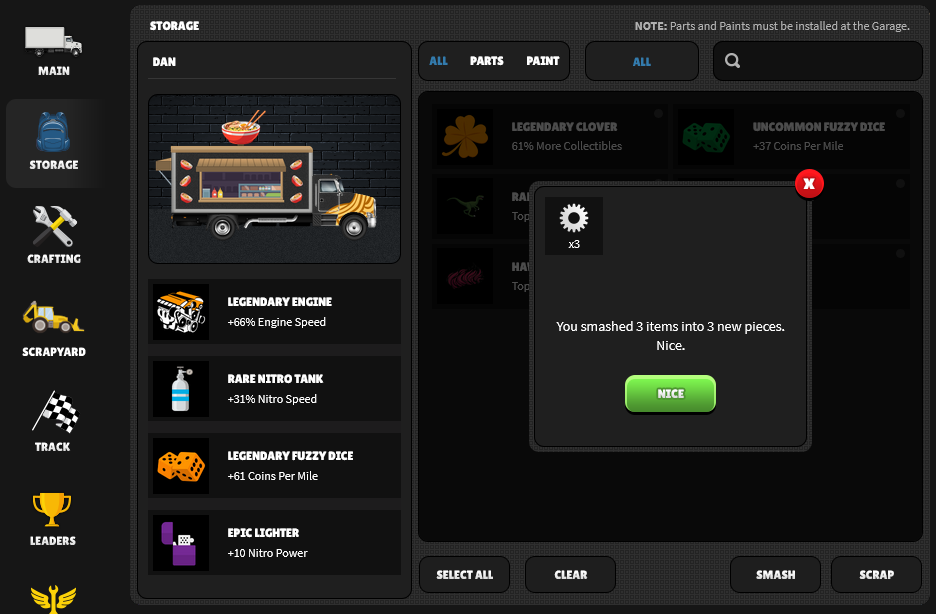 That’s it! Smash Parts/Paints, get Pieces. Use Pieces in Recipes. Smash again. Crafting!

Now that we’re in testing, it won’t be long before you’re Crafting your very own Parts (and Paints) from 20+ Recipes (for now). Could be next week, even. Also, now is probably a good time to mention:

We will be wiping the server when Crafting goes live.

That’s it for now. Keep an eye out for more updates, and hit us up in Chat or Discord. And yes, we read chat and Discord daily, even if we can’t always respond. We know the bugs ya’ll have been experiencing lately have been frustrating; we get it. We’ll continue to bust our collective asses to keep things on the level, sometimes it just takes a few minutes as a two-man army. Thanks for all your feedback!