Today we’re gonna talk about crafting. This post will be broken into two parts; the what and the why. The former is a deep dive into the crafting process from start to finish. The latter is a simple explanation as to why we’re so focused on crafting in the first place and prioritizing it above other things (new Ascensions, for example). Let’s get started!

Last week, we provided an overview of the crafting layout. This time, let’s start from the beginning and Smash (not Scrap!) some Parts: 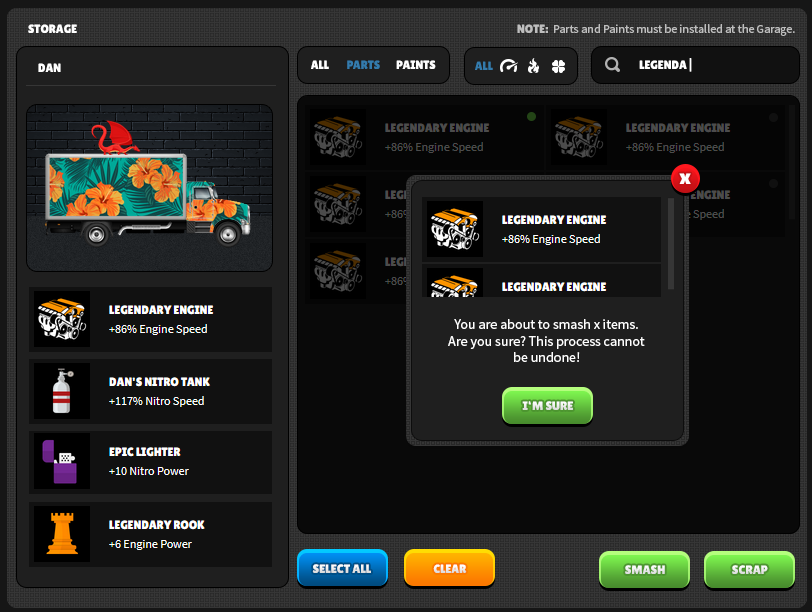 Notice there’s now a “Smash” button next to the Scrap button in the Storage panel. After tagging one or more Parts/Paints you’ll have the option to either Scrap or Smash them. Scrap = Scrap. Smash = Pieces: 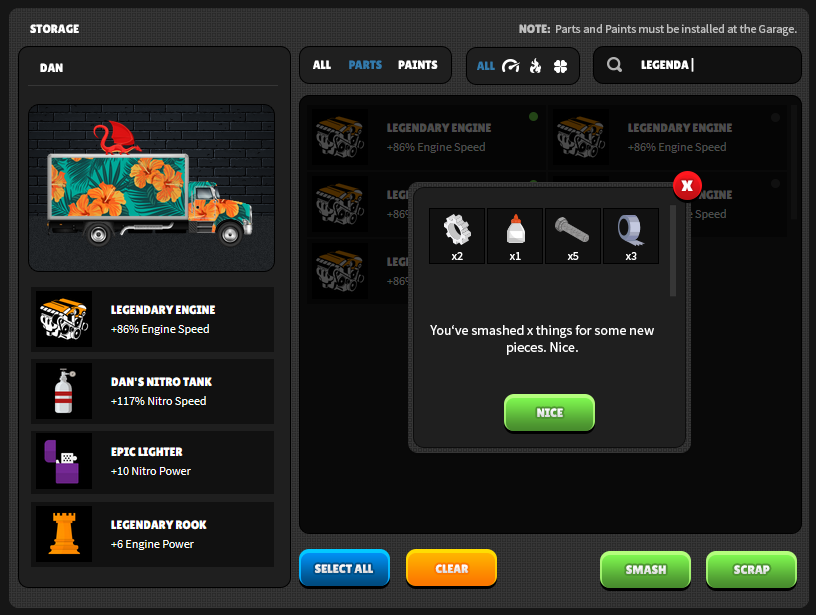 Now that we’ve Smashed a few Parts, we’re ready to get into some Crafting! Switching to the Crafting panel will look something like this: 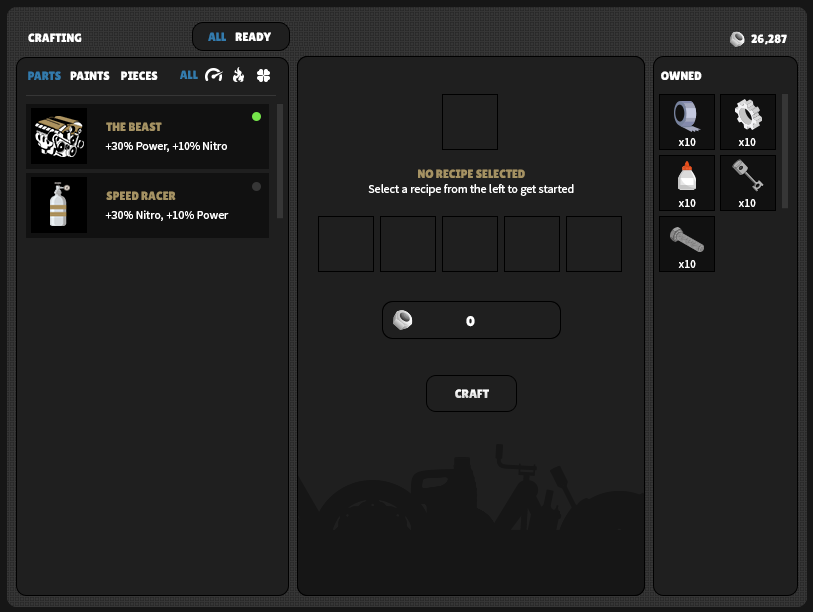 As we said in the last post, the three columns are Recipes, Current, and Pieces owned. In that shot, we have yet to select a Recipe. Once selected, we’ll automatically fill in the required Pieces for you assuming you have them (and the Scrap required). If not, you’ll get something like this: 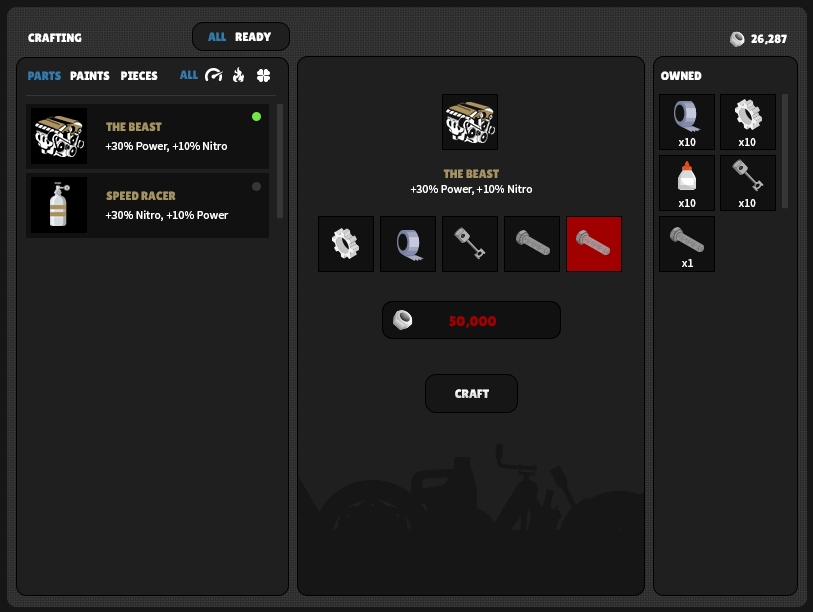 You only have 1 bolt, but the recipe requires two. Notice the very subtle red background behind the missing piece, and the craft button is now unavailable. It also looks like you’re short on Scrap. Shame. Let’s fix that: 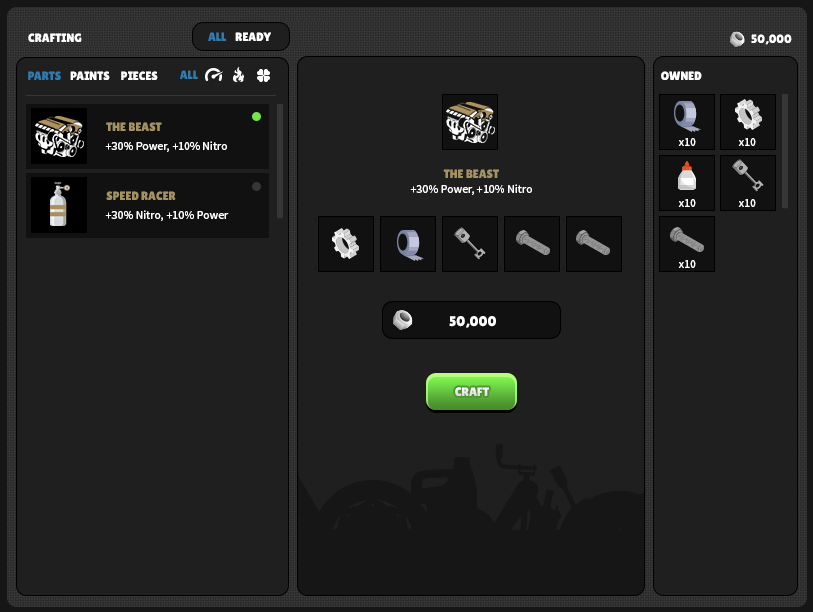 Before we crush that Craft button, it should be noted that some recipes only require 3 or 4 parts: 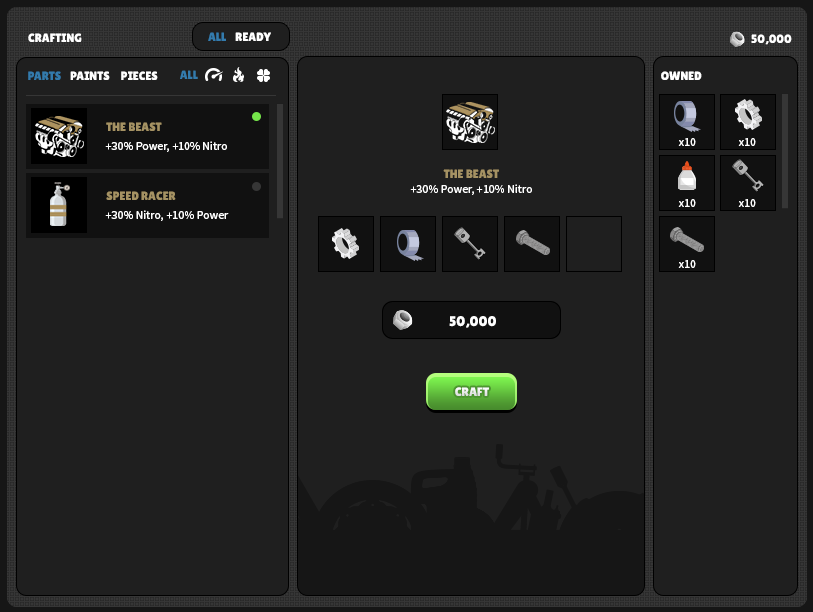 Anyways, we’re all good to build The Beast! Let’s go: 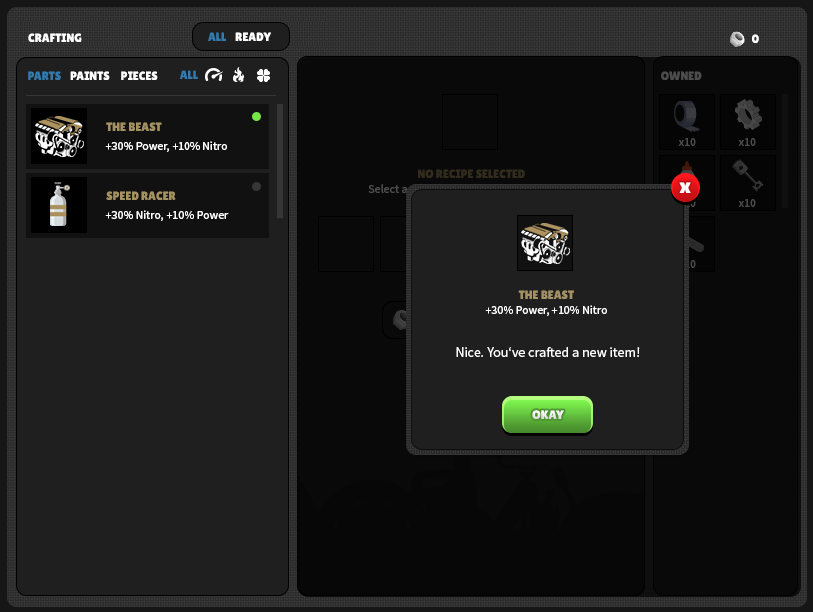 And that, Truckers, is Crafting in a nutshell from start to finish. As we approach launch, we’ll dive into some actual Recipes and Pieces. If you’ve got questions feel free to drop in the Discord or game chat and ask away!

Now that we’re done with the visuals, let me explain why we’re so adamant about getting this Crafting thing built (crafted?). In short, this is what Crafting will do for STL:

That’s a lot of things built into one feature, but that’s kind of the point. We knew Crafting would really tie the room together, but we needed other systems in place before it made sense. Also, it’s not a small feature. We’re moving as fast as we can and we’ll keep you updated but it’s not done just yet. We’ll probably crush a bug here and there, optimize the game, and maybe slap some balance around, but Crafting is our primary focus for the next big patch. Thanks for your patience 🙂