It’s that time again if that time was two days ago, when we usually post an update on the blog, but sometimes life gives you lemons and instead of making lemonade you make depression-water with a splash of honey. That’s right, after hiding indoors for two years like a f’ing mole person trying to avoid the plague, I finally got my ass handed to me. While admittedly the symptoms were manageable, the schedule wasn’t, as evident in the two-day delay. Special thanks to our long-time trucker Spooble for bringing this to my attention in the Discord, which I have confirmed was an actual reminder from a real person and not a fever-dream induced hallucination. Regardless, to the community, please accept my apologies for the delay. With that said, let’s keep truckin’.

Today we’re going to explore auto-buffs, but first a progress update: Last week Mike and I made even more headway on the Mega Patch. A lot more. All ascension unlocks, including mini-games are fully functional on staging. Bam:

What you’re looking at here is the nav prior to your first ascension. Once you ascend, Fleet unlocks as a mini-game (along with a lot of other things like crafting recipes, loot tier, buffs, and so on). After your second ascension, the next mini-game (Track) unlocks. By the time you’ve ascended 3 times, all mini-games are unlocked. We’ve mentioned this briefly before, but now that it actually works it’s a lot more exciting. If this wasn’t rad enough, we also managed to get the “end” screen/loop done, which means after you’ve ascended 6 times you’ve effectively beaten the game and placed on the Endless Road where you can still chase a few things only available there.

Lastly, we made a handful of tweaks to Fleet including balance, UI changes (to be more informative/intuitive), and the ability to level up your drivers manually. I’d love to cover this in more detail but since it’s easily our biggest mini-game, I’ll save that for a future post as we get even closer to the release of Mega Patch.

After unlocking all three mini games you unlock the Drone which is also fully functional, then auto-buffs. It’s almost like I crafted this entire post in a specific order so we could land on that. Weird. Auto-buffs are exactly what they sound like: 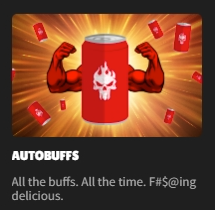 After your fifth ascension, you’ll never need to hit up the diner again for buffs, which means more time on the road, less clicks, and buff timers no longer exist. I mean, they do, but they just refresh themselves when they run out. Your buff area will look something like this: 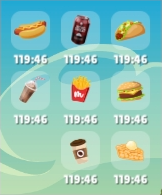 After your sixth ascension, the final buff (the Donut) will appear in that empty slot and you’re now driving with 9 permanent buffs at all times. Unless you want to turn them off, which is an option but also

So buff. Anyways, next week we’ll dive into Fleet changes and/or MTX and keep rolling through this beast of a patch.